What do I need to know about the Wayfair case and economic nexus?

Ever since the Supreme Court released its decision in South Dakota v. Wayfair on June 21, 2018, we have been flooded with questions about economic nexus legislation and how it affects businesses across the country. Below you will find most common questions we’ve received.

Many of the questions focus on the details of South Dakota’s economic nexus legislation, as upheld by the Supreme Court. For reference, as you work through this page, this is what the legislation says:

A retailer would be presumed to be liable for the collection of sales and use tax in South Dakota, even if the seller does not have a physical presence in state, if the seller meets either of the following criteria in the previous or current calendar year:

What is Economic Nexus?

Economic Nexus legislation generally requires an out-of-state seller to collect and remit sales tax once the seller meets a set level (a threshold) of sales transactions or gross receipts activity within the state. No physical presence is required.

For the most recent list of states that have enacted economic nexus legislation, visit our Remote Seller Nexus Chart or our Economic Nexus State Guide for a detailed chart of economic nexus rules.

What is considered a transaction?

A transaction is an entire invoice total. As applied in South Dakota’s legislation: more than 200 separate invoices to customers in the state create economic nexus with the state.

How long will companies have to comply with the economic nexus laws in various states?

It will vary by state, some states had July 1, 2018 effective dates, others are further out. Some states are also indicating in presentations and discussions that they will follow a “soft” effective date – particularly for the earlier effective dates – for sellers that have never registered with the state before. This means you should start registration process and if you aren’t ready on the exact effective date but have reasonable cause for why you didn’t make the state, states have indicated they won’t assess on the seller. Visit our Remote Seller Nexus Chart for state effective states and the latest state guidance.

How many states have economic nexus legislation?

Currently, 40+ states have economic nexus provisions, many with legislation similar to South Dakota’s. For the most up to date details on each state’s legislation, visit our Remote Seller Nexus Chart or our Economic Nexus State Guide.

To what time period is the economic threshold applied – per year, per quarter?

The threshold is per year. Most states say that you should evaluate your collection obligation if you exceed the threshold in the current or prior year. Some states have a quarterly evaluation with a rolling 12-month lookback. It isn’t always clear when the liability begins. A few states have clarified this including Illinois, North Dakota, and Washington. Check out the “Measurement Date” column of our Economic Nexus State Guide.

200 total transactions. Most states say their thresholds are “gross” which means all sales, including sales for resale, taxable, and exempt sales. However, some states say they only include “retail” sales toward their economic nexus thresholds, which would indicate that the threshold includes all sales other than sales for resale – this would include exempt sales other than resale. A “taxable” sales standard excludes any nontaxable sales regardless of reason. Check out the “Includable Sales” column of our Economic Nexus State Guide.

My company is a third-party seller, if our sales fall below the economic nexus threshold in a state, do we have to collect and remit sales tax in that state?

You would not have to collect and remit sales tax if you fall below the threshold – unless you have other nexus creating activities as defined by the state, such as inventory in a warehouse or employees or service people in the state. You will need to monitor your activity, however, to see if you exceed the thresholds.

Traditional nexus established by sufficient physical presence (through temporary or permanent presence of people or property) isn’t going away. There is certainly an argument that you must have “substantial” nexus. You should look for any de minimus thresholds that states might have in place to determine whether you have nexus.

Yes, we certainly expected it and have seen it unfold. Dozens of states, passed new economic nexus legislation or updated past provisions. We’re continuing to monitor for any new legislation, for up to date information on each state, visit our Remote Seller Nexus Chart or our Economic Nexus State Guide.

South Dakota’s economic nexus legislation that was addressed in the case specifically addresses retroactivity and limits the application to prospective periods only. In one of the amicus briefs filed in the case, 38 states signed on indicating that they would not enforce any change in nexus standards retroactively.

The Supreme Court found South Dakota’s threshold to be appropriate and upheld it in the Wayfair decision. Currently, we do not know if it would be deemed appropriate if a state passed a lower threshold. As it stands, this threshold was found to be suitable for South Dakota, a state with one of the lowest populations across the U.S. It was not addressed in the case whether or not an economic nexus threshold should correspond with the population of a state. There have been many discussions on the issue, but no state has implemented a lower threshold thus far. A handful of states have a higher dollar threshold and a few that do not have a transaction threshold, only a dollar threshold.

How does the Wayfair ruling affect home rule jurisdictions?

Many state tax departments have been able to reinterpret their existing laws to fit the limitations of the Wayfair ruling without having to go to the legislative body for new laws on the matter.

Once you exceed the threshold, when are you required to register and start collecting?

Each state will have different requirements that will determine when you are required to collect and remit sales tax. In some states it is on the next transaction and others there is a transitional period between meeting the threshold and collection of tax. To find this information, check out the “When You Need to Register Once You Exceed the Threshold” column of our Economic Nexus State Guide to find each state’s information about when you need to start collecting.

If a company meets the sales tax nexus, is the company subject to the state income or franchise tax?

Public law 86-272 does not allow states to tax out-of-state companies on income made from mere solicitations of orders if the orders are approved and filled from outside the state. This law not been directly impacted by the Wayfair ruling but it may be under more scrutiny and slated for revision as the economy evolves around technology and e-commerce.

How will states be able to determine if a retailer has exceeded the sales or transactions threshold?

Mainly a state will make the initial determination of economic nexus using complex wording of a questionnaire sent to remote sellers. The state may also utilize new audit techniques as it audits your customers noting sales by your company to various audited taxpayers. Additionally, the state may try to extrapolate that your company has nexus based on similar companies already doing business in the their state.

Does a wholesaler who has GT $100,000 in wholesale gross sales have to register/file because of gross sales even though they have resale certificates?

The new economic threshold rules generally indicate nexus is triggered when taxable sales are made but that will vary by state. If there are no taxable sales into a state, nexus may be established but a state may not require registration. There is no minimum sales tax in any state so each period, a zero-dollar return would be filed. If a return if failed to be file, many states will charge a minimum late filing penalty even with no sales to report.

Are sellers liable for remote tax when the terms are FOB their own dock instead of FOB Destination?

FOB (Free On Board or Freight On Board) generally is the marker of when title transfers from a buyer to a seller. However, when it comes to remote sales across state lines the rules differ from typical intrastate sourcing rules. Unless a customer comes across the state lines to pick up an item, the seller may be responsible to collect and remit the tax if the seller has nexus within the destination state no matter if the invoice is FOB shipping point or destination.

Will the federal government release a ruling related to remote seller sales tax collection requirements? If so, will it override individual state rulings?

Yes, a federal ruling would override individual state rulings. However, there’s not a concrete release date for an effective date that I can tell you – because as it stands, there is no forward movement on any federal legislation following the Wayfair ruling. There has only been a proposal to block some of its requirements and a Judiciary meeting about its effects. Congress has had a lot of time to act and has failed to do so thus far, so we could very well see the states continue to hold the power. For now, each state’s individual economic nexus rulings are concrete and effective unless they have a legal challenge. 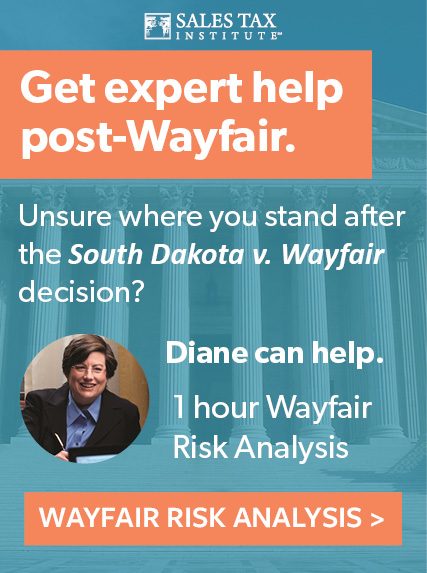